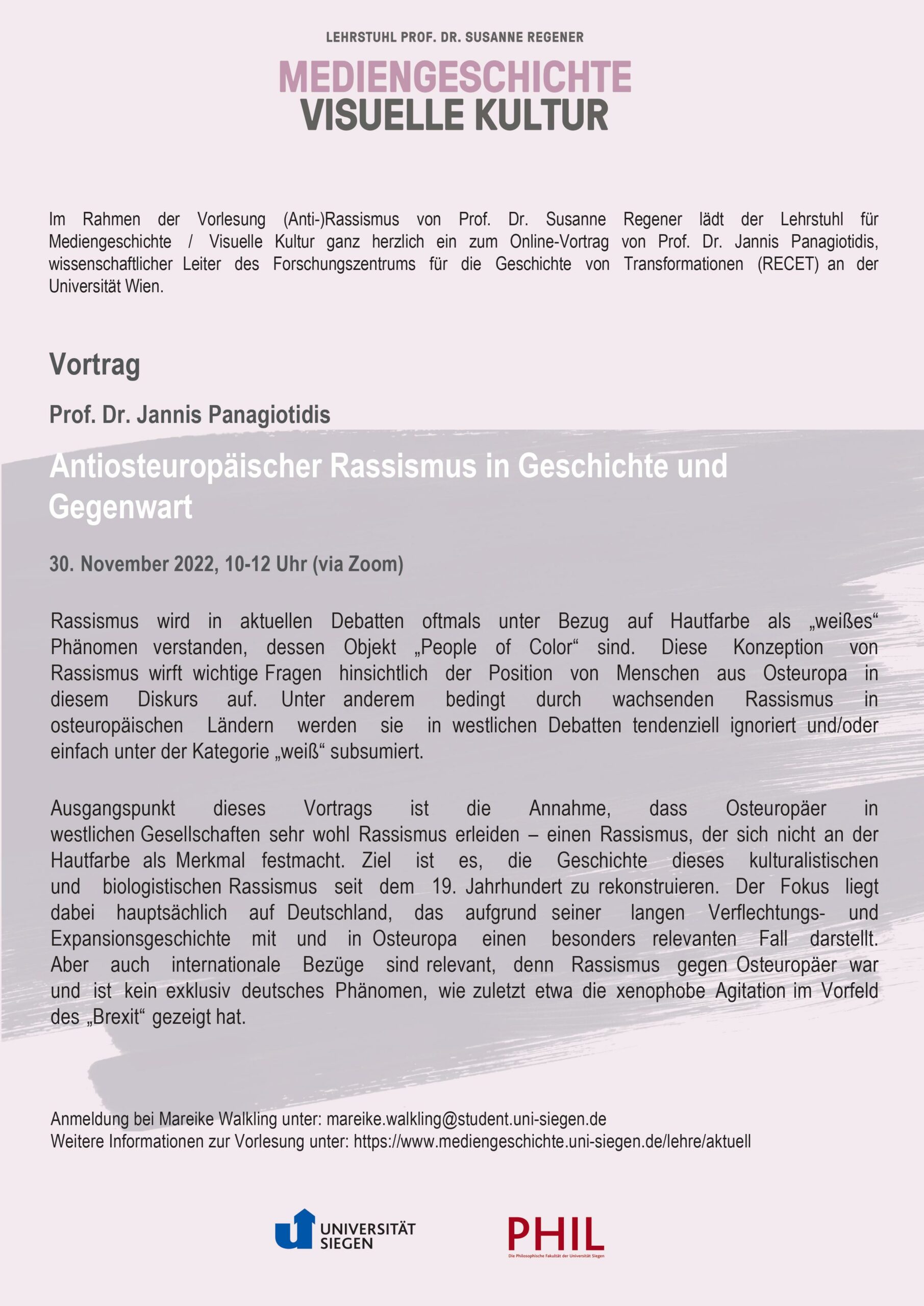 As part of the lecture (Anti-) Racism by Prof. Dr. Susanne Regener, the Department of Media History / Visual Culture cordially invites you to the online lecture of Prof. Dr. Jannis Panagiotidis (scientific director of the Research Center for the History of Transformation (RECET), University of Vienna).

In current debates, racism is oftentimes understood in relation to skin color, as a “white” phenomenon whose objects are “People of Color. ” This conception of racism raises important questions about the position of people from Eastern Europe in this discourse. Due, among other things, to the growing racism in Eastern European countries, they tend to be ignored in Western debates and/or simply subsumed under the category “white. ”

The starting point of this lecture is the assumption that Eastern Europeans do suffer from racism in Western societies – a racism that does not attach itself to skin colour as a characteristic. The aim is to reconstruct the history of this culturalist and biologistic racism since the 19th century. The main focus is on Germany, which is a particularly relevant case due to its long history of integration and expansion with and in Eastern Europe. But international references are also relevant, because racism against Eastern Europeans was and is not an exclusive German phenomenon, as demonstrated recently by the xenophobic agitation in the run-up to Brexit.